Footsteps and Fuddles: No Map but the Sky:

Including 12 cartoons by Jackie Prachek, that wink a comic eye at the joys and challenges of the writing journey, here are 60 new poems written by Matt Black during his tenure as Derbyshire Poet Laureate, celebrating the people and history of Derbyshire, its contribution to the Enlightenment, and its varied communities. The poems have been premiered at Festivals, performed by choirs and inscribed on a series of Milestones to commemorate the route which the Torch Relay took through the county in 2012.

The poems take us from the celebratory to the comic to more reflective pieces and they all reflect Matt’s warmth and ability to capture the voices of the many people he has met over the last two years. Matt is an engaging and skilful writer and has been an inspiration to those he has worked with. 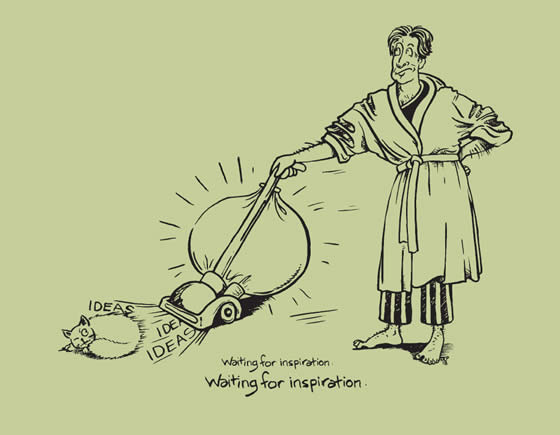 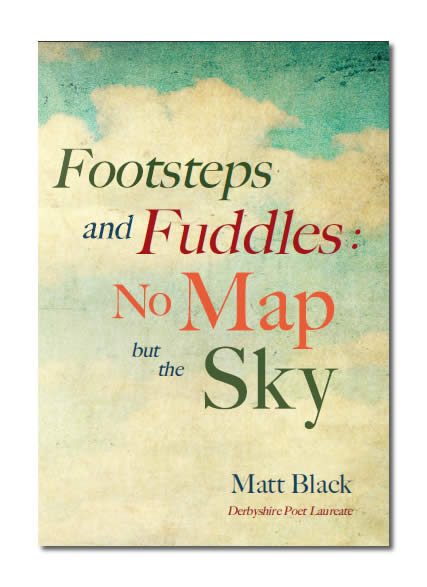 “Fine memorable genuine and unpretentious poetry inclusive of all and sundry, and a mighty welcome contribution to the canon of contemporary good stuff!” Ray Hearne, Songwriter and Poet 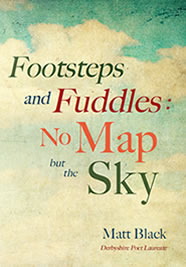 Footsteps and Fuddles: No Map but the Sky

Including 12 cartoons by Jackie Prachek, that wink a comic eye at the joys and challenges of the writing journey, here are 60 new poems written by Matt Black during his tenure as Derbyshire Poet Laureate, celebrating the people and history of Derbyshire... 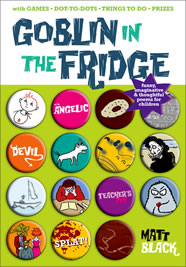 Goblin in The Fridge

Grumpy unicorns, rapping grannies, Saturday Dads, sun-filled pizzas, this wonderful collection is always ready to surprise you. Poems of many moods, fun-filled and serious too, with fabulous illustrations by 8 artists, plus quizzes, games, mystery prizes and ideas for writing your own poems... 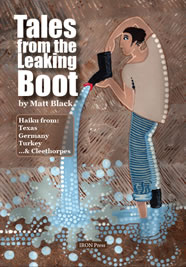 Tales from the Leaking Boot

These four Travel Journals of wide-eyed, sharp and humorous haiku take us; through the streets of Austin, Texas; on a road trip through philosophy, cheese and the unlikely role of Mister Bean in Germany: into the lemon groves, fish markets and Vodaphone ring-tones of Turkey... 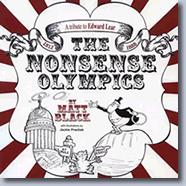 Inspired by the coincidence of Edward’s Lear bicentenary falling on the year when London hosted the Olympics, this nonsense inspired celebration of sport includes the backwards race, high-jumping camels, the ancient Worcestershire sport of Shniblobs, how to be good at sports by relaxing, pig tig etc... 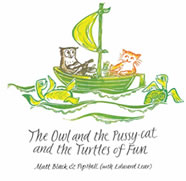 The Owl and the Pussy-cat

Have you ever wondered why the Owl and the Pussy-cat set sail in their legendary pea-green boat? What were they leaving behind? And did they dance by the light of the moon for ever? This new edition of Lear’s most famous nonsense poem is set between a new Prequel and Sequel by Matt Black exploring what might have led up to, and resulted from, the famous wedding on the sand... 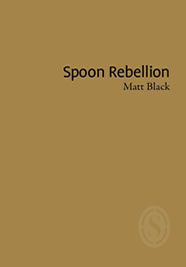 The title poem “Spoon Rebellion” celebrates the impulse to rise up and find small but significant freedoms, for spoons to dance and be set free, to write a way through and beyond the legacy of our parents. In this collection we see the wish to stop work, to go for a walk, to enjoy fresh air and swimming, amongst glimpses of small towns in Brexit Britain... 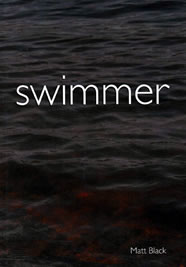 Swimmer contains poems written over 10 years, including a sequence of love poems - “Careless” (listen here), and “Granny Power and Cocoa”, a sequence about Matt’s fictional grumpy, rebellious and ever-resourceful grandparents, Grandma and Grandpa ... 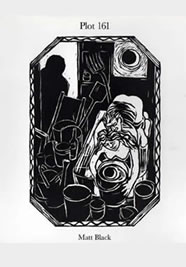 Plot 161 is a wild, mad, beautiful urban tragicomedy written in a form somewhere between fiction and prose-poetry, all happening in and around the allotment of the title, with visits to Cabbage World and Safeways’ thrown in. With specially commissioned woodcuts by Leora Brook...